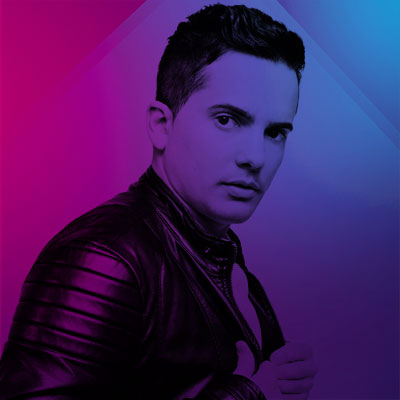 Vito V is a dj, producer and radio show host from Montreal, Canada. He is established as being one of the most sought after talents in the nation with his high energy performances. His skill set has seen him share the stage with some of the world’s biggest acts and landed him a residency with David Guetta at the world famous Wet Republic in Las Vegas.

As a producer, his tracks have garnered international support from many of the world’s top djs including Tiesto, Axwell and others. Upon signing to Unidisc and Universal Music, Vito V released 4 successful compilations under his “Clubaholics” and Sunsation” Brands, further cementing him as one of Canada’s Most Popular djs. He experienced commercial success with his release of “Billionaire” featuring the voice of fellow Canadian songwriter / vocalist Jenson Vaughan. His most recent single “Live Tonight” Exploded on the Canadian Music scene with huge radio support on over 100 stations placing it on high rotation.

As a radio host, his adventure started in 2010 on NRJ radio. It began with a 2 hour slot, and was soon moved up to a 4 hour syndicated show, with his listenership hitting new heights. 2013 brought on a new chapter as he moved to Montreal’s most prestigious hit music station, Virgin Radio 96, where he presents his vastly popular “Clubaholics radio show” and “Afterparty” 4 nights per week.