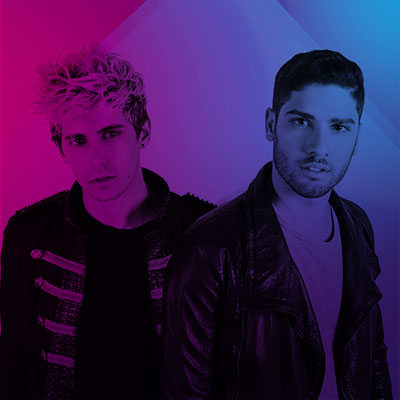 Paris & Simo are a Canadian electronic dance music duo, consisting of Paris Fotis and Simone Teti. Born and bred in Montreal, they began listening to electronic music in the early 2000s ranging from old school house legend Axwell to Daft Punk to ATB and everything in between. Combining forces in 2010, they quickly rose to prominence playing at renowned festivals and clubs around the globe such as Las Vegas’ Electric Daisy Carnival, TomorrowWorld, Pier 94 and Guvernment among others. They also toured alongside David Guetta in Canada and frequently performed in various exotic locations such as Japan, Bali, Malaysia, South America, Italy, Turkey and others. Their rapid rise to prominence, quality production and youthful energy quickly cemented them as a force to be reckoned with in the dance music scene.

Recently, Paris & Simo began to channel their creative energy into a new direction creating a brand-new sound. Their tracks incorporate old school house elements, staying true to their roots, with a modern pop twist in a blend of styles creating a unique auditory experience, easily digestible by fans of various genres. Moving into new territory, they produced feel-good tracks such as “Evermore” ft. Gabrielle Current and FINNEAS, “Keep Me Close” feat. Montreal-based singer Sara Diamond and “Sleep Talk” with many more to come. Their track “Evermore” premiered on Pete Tong’s BBC Radio 1, the leading pioneer music station in the global dance music community. Simo recently said, “We’ve spent a lot of time locked in the studio the last few months, elevating our music to a higher level. We really believe that our new style will give our fans more reason to groove while staying true to ourselves.”

Paris & Simo both featured in a music video for “Keep Me Close” featured on MUCH, Canada’s largest music TV channel demonstrating that their artistic talent is not limited to music but extends to acting as well.